Stephen L. Harris grew up in a writing family where chatter around the dinner table centered on newspaper reporters and editors, the classic stories of Robert Louis Stevenson, L. Frank Baum, Rudyard Kipling and Mark Twain, and the heartland poems of James Whitcomb Riley. His grandfather and two great uncles began their newspaper careers on the legendary Kansas City Star in the early 1900s, where they were colleagues of Ernest Hemingway, Russel Crouse and the illustrator Ralph Barton. Later, Steve’s grandfather served as foreign editor of the old New York Herald and then started his own Manhattan advertising agency. One of his great uncles, the illustrator Raeburn Van Buren, drew over 350 stories for The Saturday Evening Post and a like number for Collier’s magazine before creating, with Al Capp, the comic strip “Abbie an’ Slats.” 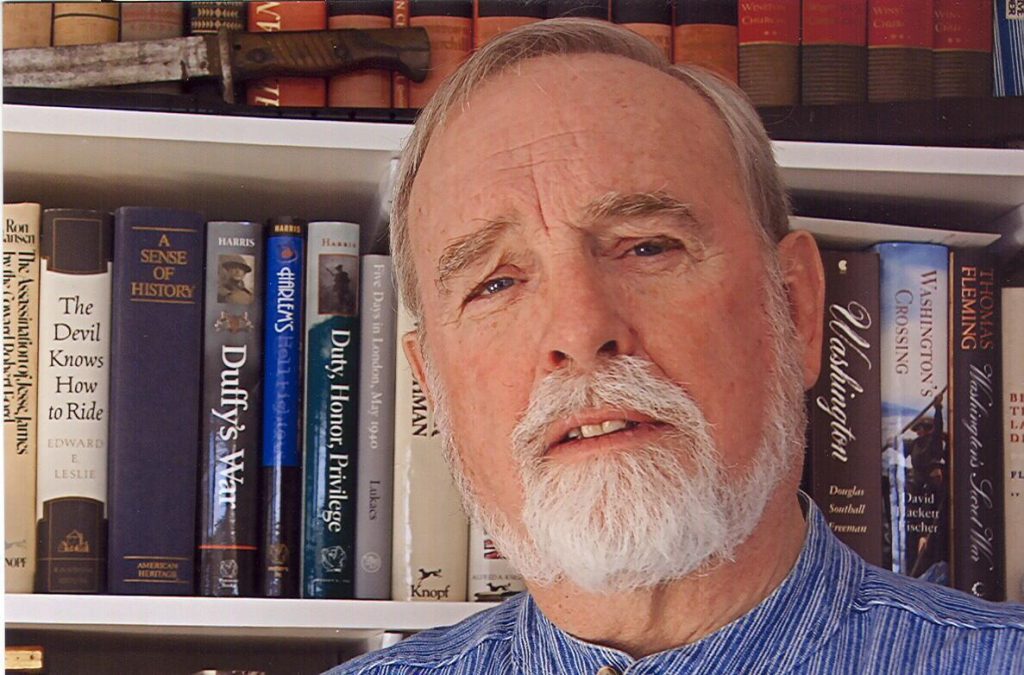 Steve started his own career as a reporter for his hometown newspaper, The Wilton Bulletin, a weekly in suburban Fairfield County, Conn. He then edited its sister newspaper, The Redding Pilot, worked in Vermont as a political reporter for The Burlington Free Press and was an editor as well as anchoring the “Morning Report” for WCAX-TV, the CBS affiliate in Vermont. He also spent six years as public relations director for Champlain College, also in Burlington, and then joined the General Electric Company. For 12 years, he edited GE’s award-winning, company-wide magazine, Monogram. With a circulation of more than 330,000, Monogram went to employees and retirees around the world. During his tenure as editor, he covered the Jack Welch revolution, communicating the CEO’s vision to all employees. His work carried him to the four corners of the globe, wherever GE had a presence. GE’s vice president of marketing, Len Vickers, who in the early 1980s brought to the multinational company the famous slogan “We Bring Good Things to Life” and later served Xerox as its senior vice president of marketing, called Steve the “Studs Terkel of U.S. corporate writers.” Steve believes the editorship of Monogram was the best corporate writing job in all of America.

After leaving GE in 1991, he was the senior writer on three best-selling CD-ROM histories of the Olympic Games. One of the histories, “Olympic Gold: A 100 Year History of the Summer Olympic Games,” won the 1996 Gold Milia d’Or Award at the Cannes Film Festival as “Best Reference Title in the World.” Steve then wrote his first book, “100 Golden Olympians.” Sponsored by the Xerox Corporation for the United States Olympic Committee, this book honored America’s greatest living Olympic champions on the eve of the 100th anniversary of the Modern Games. Steve received an honorary gold medal from the USOC and Xerox for his work. Afterward, he was associate editor and editor of the Journal of Olympic History, the official publication of the International Society of Olympic Historians. The Society awarded its 2016 Vikelas Plaque, named in honor of its first president, to Steve for his many years of service helping to edit the Journal, from its early days through today and continuing into the future.

In 1998, he began researching “Duty, Honor, Privilege.” That book is now part of a new series by Potomac Books, entitled The History of War. He then wrote “Harlem’s Hell Fighters: The African-American 369th Infantry in World War I.” He finished his trilogy on New York City’s National Guard in World War I with “Duffy’s War: Fr. Francis Duffy, Wild Bill Donovan and the Irish Fighting 69th in World War I.”

In 2005, he started work on “Rock of the Marne,” the story of the 3rd U.S. Infantry Division’s heroic stand on the Marne River. His latest book, launched in 2015 by Berkley Caliber, is now available in hardcover, ebook and audio. The author Thomas Fleming wrote: “Harris brings this epochal event alive with breathtaking vividness and skill.”

Steve and his wife, Sue, recently moved from Arizona back to Middlebury, Vermont.