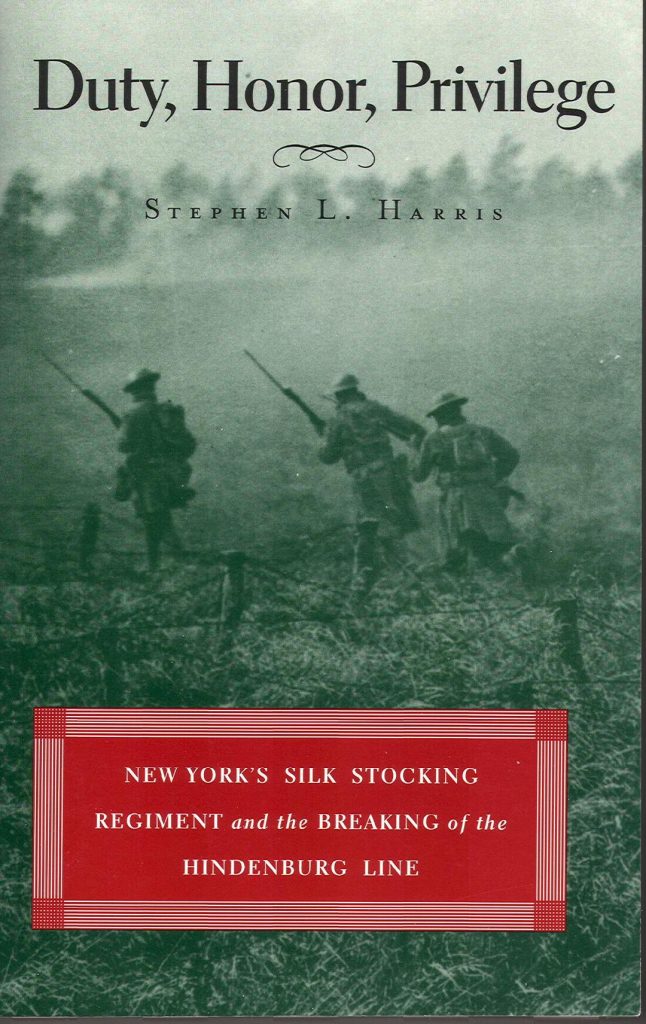 On September 29, 1918, a regiment of volunteers from New York State, many of them wealthy boys from Manhattan, attacked the famed Hindenburg Line, one of the strongest defensive systems ever devised. In the tradition of the Union Army’s heroic assaults on Confederate entrenchments during the closing battles of the Civil War, the doughboys hurled themselves at the center of a desperate but still powerful army. At a frightful cost, they broke the enemy and, just as their Union forebears had done, helped bring a terrible war to a close.

“By tracking the Silk Stockings from enlistment through training, battle and triumphant return to New York, Harris makes an inarguable case that these sons of privilege did not flinch in duty or honor. Clear, well-detailed writing.”

“Stephen Harris has written both a soldier’s story and a long overdue but bloody redemption of America’s most unfairly maligned infantry regiment. Well researched, well written, and entertaining.”