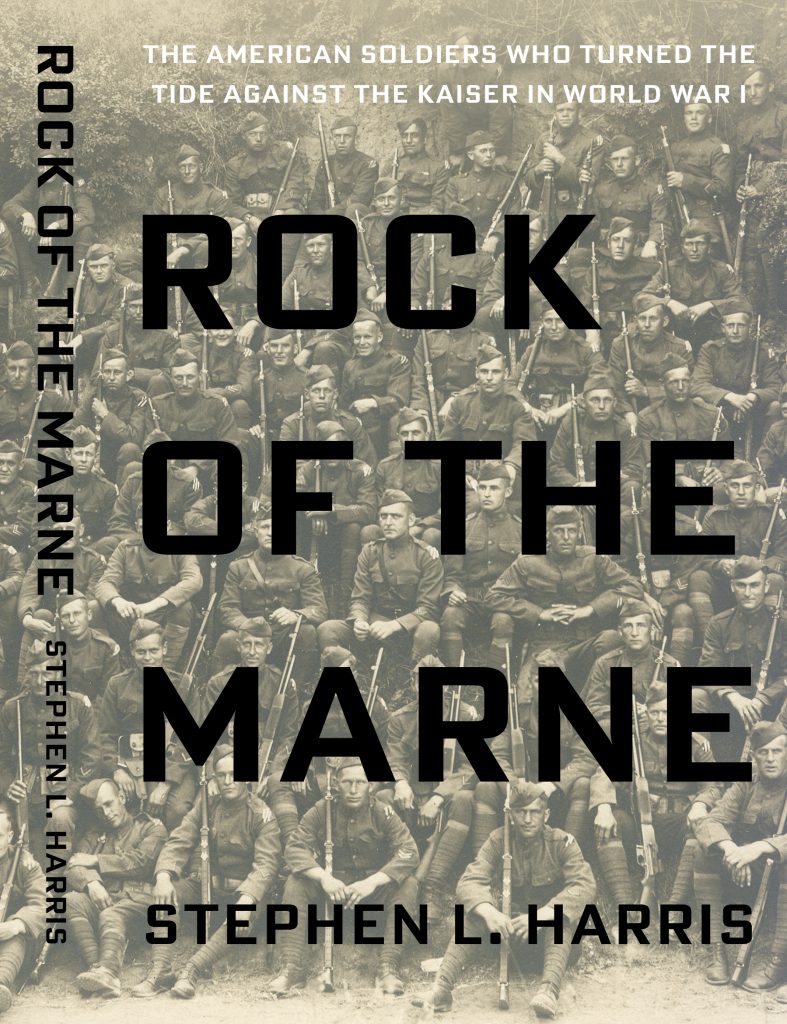 Rock of the Marne: The American Soldiers Who Turned the Tide Against the Kaiser in World War I

Stephen Harris has written a thrilling account of a critical, but mostly forgotten, battle of the Great War, which includes an unforgettable portrait of a magnificent American warrior, Col. Ulysses McAlexander.

The stirring account of the Third U.S. Infantry Division in the Second Battle of the Marne—where the tide of World War I was finally turned…

The soldiers of the Third U.S. Infantry Division in World War I were outnumbered and inexperienced young men facing hardened veterans, but their actions proved to be a turning point during the last German offensive of World War I.

In stopping three German divisions from crossing the Marne River, these heroic American soldiers blocked the road to Paris, saved the French capital and, in doing so, turned the tide of the war. The Allies then began a counteroffensive that drove the enemy back to the Hindenburg Line, and four months later the war was over.

Rock of the Marne follows the Third Division’s Sixth Brigade, which took the brunt of the German attack. The officers, many of them West Pointers and elite Ivy Leaguers, fighting side-by-side with enlisted men—city dwellers and country boys, cowboys and coal miners who came from every corner of America along with newly planted immigrants from Europe—answered their country’s call to duty.This is the gripping true account of one of the most important—yet least explored—battles of World War I.

From Thomas Fleming, Author of The Illusion of Victory, America in World War I

No one writes about World War I with more empathy and understanding than Stephen Harris. In Rock of the Marne he achieves a new level of drama and significance. In their stand on the Marne, the raw Americans of the Third Infantry Division changed the history of the war, the history of Europe, even the history of the world. Harris brings this epochal event alive with breathtaking vividness and skill.

From Daniel P. Bolger, Lt. Gen. U.S. Army. Ret., author of Why We Lost: A General’s Inside Account of the Iraq and Afghanistan Wars

“A hundred years ago, the German Army was on the way to Paris. But on the Marne River, some 27,000 brave American doughboys of the Third Division thought otherwise. The resultant clash of arms decided the Great War. Author Stephen L. Harris puts you right in the middle of the action. He tells it like it was: good, bad, and ugly, from baby-faced machine-gunners and hard-bitten sergeants fighting for their lives to exhausted colonels and generals trying to sort it all out under fire. This is military history as its meant to be.” —