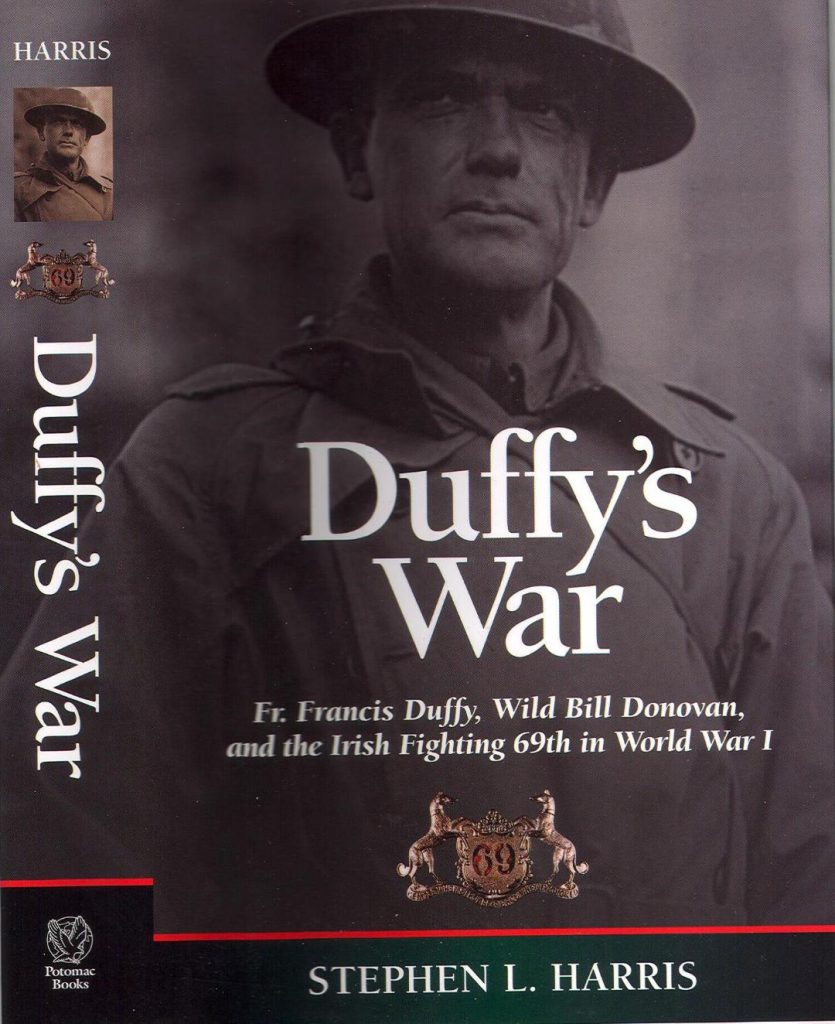 Selected as one of the best books on America’s participation in the Great War by the World War One Historical Association. Also cited as “possibly the finest story of an AEF unit.”

The lads of the 69th came from many of the Irish neighborhoods of Gotham, from the Gas House District, the Five Points, from Hell’s Kitchen, from the East Side, the West Side and from Brooklyn, Queens and Long Island City, the Rockaways, Staten Island, and from Father Duffy’s own parish in the Bronx. They streamed out of the tenements and apartment houses, enlisting en masse. Brothers joined up, oftentimes three and four of them from one family. One of the lads from Harlem, Sgt. Richard O’Neill, whose heroics at the Battle of the Ourcq River earned him the Congressional Medal of Honor. O’Neill, married to his next-door sweetheart by Father Duffy, came home as New York State’s most decorated hero of the Great War.

“If you never buy another book on Irish-American military history, get this one. It is magnificently written. Surely Mr. Harris was a seanchie in an earlier life. Literally, once started, you can’t put the book down. The author knows history: American and Irish. This book is a must read. Don’t miss it. You’ll learn more about the World War I Doughboy than you believe possible. It is one of the best books I have ever read. It rates an A-plus. Buy it.”

“As is his custom, Harris seeks material widely, drawing upon all sorts of evidence, from official documents and reports, to personal accounts, diaries, news stories and more to tell the story of the regiment and its men, and their role in the war. The regiment’s operations are clearly explained, within the context of the ‘Big Picture,’ thus fitting its experiences into the overall experience of the war… A rattling good tale about a fine regiment… There is, of course, a great cast, with Fr. Duffy and Bill Donovan in the lead, and a wealth of interesting New York characters in support.”